What Is Ductile Iron and Why Is It Important? 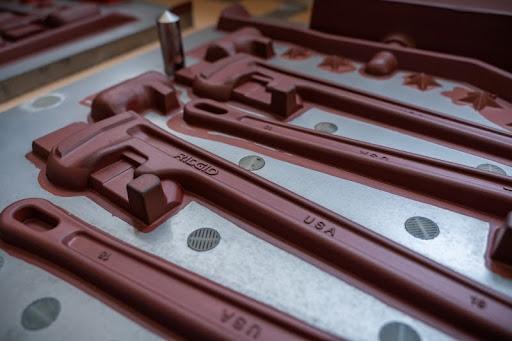 What is ductile iron, and why was its development such a game-changer? As you may know, humans have been dabbling in iron (aka ferrous) metallurgy for several millennia, with the practice of smelting iron from iron ores originating some time between 2000-1000 BCE and the proliferation of wrought iron over the next thousand years giving rise to the Iron Age.

Cast irons, the class of iron-carbon alloys of which ductile iron would eventually become a part, began to take off with the Ancient Chinese and their inventions of the sand mold and the blast furnace in the first millennium BCE. While early cast irons proved tremendously useful and widely adopted in agriculture, its brittleness as a material left something to be desired. Ductile cast iron handily resolves this flaw in its ability to better deform or bend without breaking.

When was ductile iron first discovered?

Ductile iron (also known as nodular iron or spheroidal graphite iron) was first discovered in 1943 by metallurgical engineer Keith Millis, in collaboration with Albert Gagnebin and Norman Pilling. Responding to increased demand for metals during World War II, Millis devised a way to get the graphite in this form of cast iron to form spheroidal nodules by introducing magnesium. The result was a pliable, resilient material with a comparable strength to steel.

What is ductile iron made of?

The recipe for ductile iron begins with pig iron (aka crude iron), which is the byproduct of smelting iron ore in a blast furnace. In being over 90 percent iron in composition (with minimal residual elements), pig iron offers a pretty consistent and dependable starting point for ductile iron production.

Like other cast irons — a category which also includes gray iron, white iron, and malleable iron — ductile iron has a graphite carbon content of over 2 percent (conversely, carbon-iron alloys with less than 2 percent carbon are classified as steel). Present in much smaller quantities are the elements silicon, manganese, magnesium, phosphorous, sulfur, and copper.

What is ductile iron used for?

This combination of characteristics makes ductile iron suitable for a host of applications and industries, including agriculture, heavy truck, ITAR, rail transport, and sports recreation.

What is austempered ductile iron?

As strong as ductile iron is, it can be made even stronger through a specialized heat treatment known as austempering. Austempered ductile iron (ADI) is created by heating a ductile iron part to a temperature between 1550° and 1700° F, then quenching it in a molten salt bath held between 450° F to 750° F. ADI is stiffer and harder than regular ductile iron, contributing to its use in high-demand, mission-critical applications and industries.

Do ductile differently with Urick

Not all ductile iron is created equal — it is through a series of carefully controlled processes that Urick encourages nodule formation significantly higher than the industry standard (85 percent nodularity or better vs. 80 percent). Because of this, we are able to produce some of the best ductile iron castings in the business for our clients, parts that consistently exceed expectations. We eagerly invite you to experience the difference for yourself.